Also this year, the Railway Administration (Správa železnic) is organizing a competition that awards and announces the best railway constructions whose contracting authority and investor is this national railway infrastructure manager. The new project was launched at the end of last year and selects the best quality railway projects realized in a given period, which may include more construction seasons due to the complexity and deadlines. We are very pleased that this year two projects, in the realization of which the company OHLA ŽS participated, won this title. 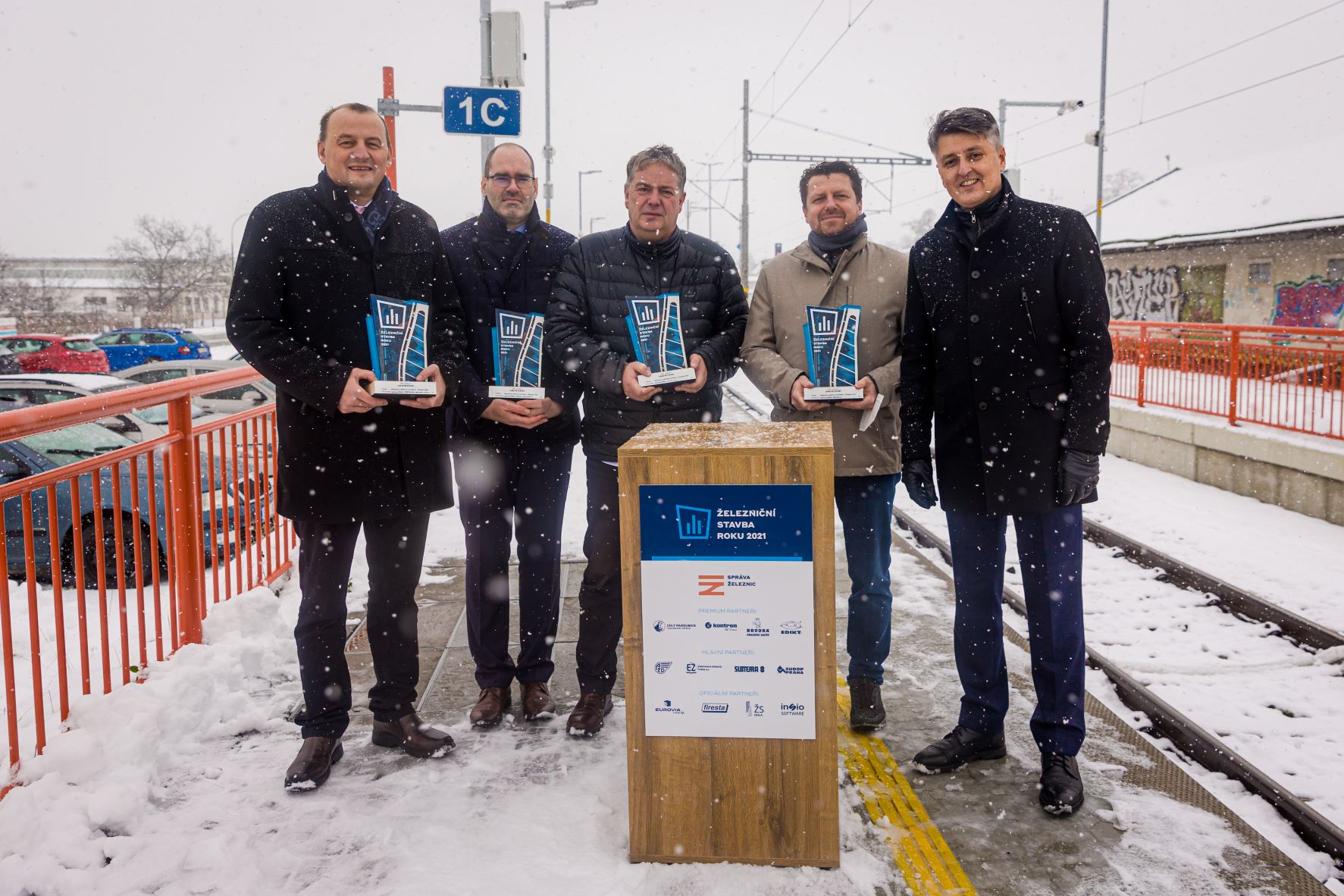 The modernization and electrification of the Šakvice – Hustopeče u Brna, carried out by the joint venture ŠAKAL of companies OHLA ŽS, Subterra, Firesta – Fišer, rekonstrukce, stavby and Elektrizace železnic Praha, won in the Line Construction category. The project began in 2019 and included a superstructure and substructure rehabilitation. The railway stations also underwent the very necessary reconstruction. Furthermore, 11 bridges and culverts were built. A new island platform was built at the Šakvice station and two new external platforms in Hustopeče u Brna.

The reconstruction of the railway station building in Havířov, carried out by the company OHLA ŽS and its subsidiary TOMI – REMONT, won in the Reconstruction and Repairs of Railway Station Buildings category. The necessary works started in 2019 and were divided into two stages. First, the existing operational and administrative building of the station were completely reconstructed. The most important thing was to rebuild those spaces so that a new passenger hall could be built there, which was handed over for use to the Railway Administration in June 2020. At the same time, a complete reconstruction of the areas in front of the station building, a construction of new pavements and pedestrian crossings, an extension of parking spaces, as well as the construction of modern roofed terminals for buses were done.

An important transformation of the Svratka river embankment has begun
11. 1. 2022