The joint venture of the companies OHLA ŽS and Elektrizace železnic Praha started working on the construction of a new free-standing energy center in the Hloubětín tram depot at the beginning of this year. This energy center consists of a transformer station, a rectifier station and a distribution station for the surrounding tram lines and it is an important element for the future tram depot. The construction of a hall for parking and maintenance of trams on the site of the already demolished hall is planned by Dopravní podnik hl. m. Prahy (DDP, Prague Transport Company) to begin in the spring of 2022. 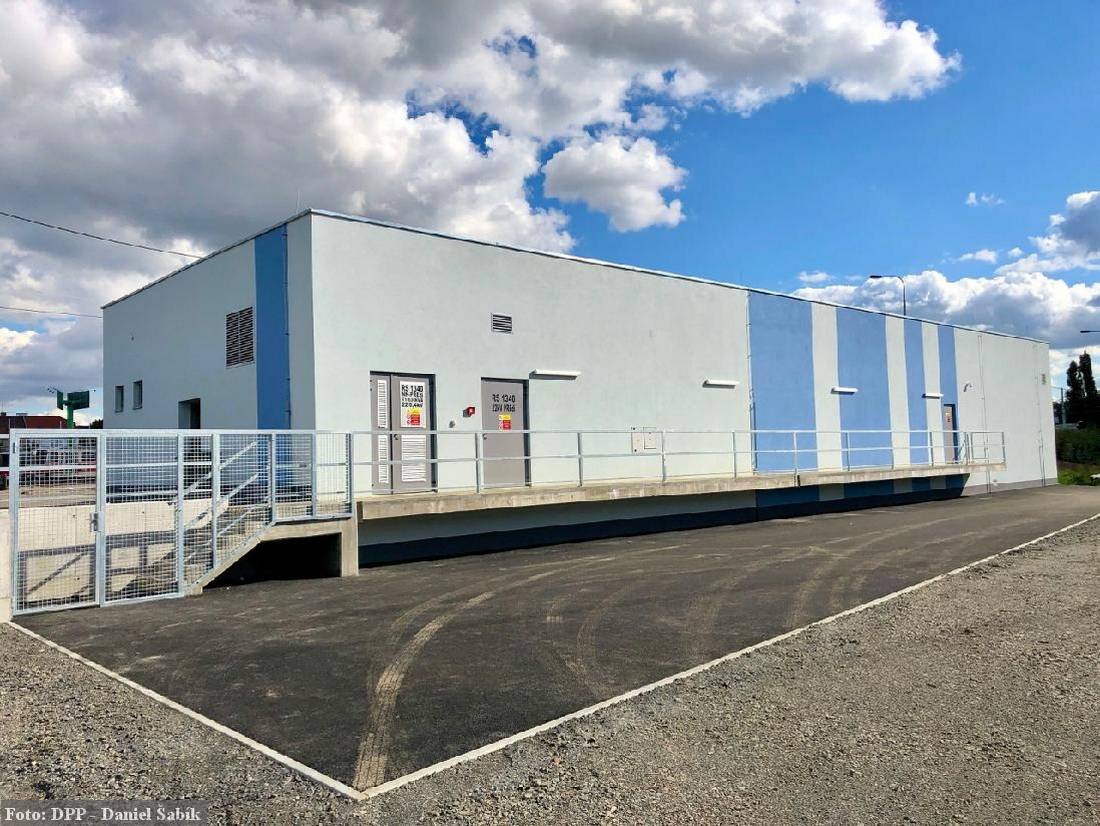 The new energy center in the Hloubětín tram depot consists of a two-storey building, with one underground and one above-ground floor. It will house technologies responsible for energy supply for the future tram depot, as well as the adjacent tram lines and the surrounding buildings. In addition to the energy center, a new cable duct for PRE was built in Hloubětín, as well as a railway cable duct from the adjacent tram lines, and relocations of sewers and other engineering networks were carried out.

All power electricity technologies and heat exchangers had been located in the western annex of the former deposition hall in the Hloubětín tram depot. DPP could not demolish that annex before the new energy center was built.