On Thursday, October 21, a ceremonial tap on the rail marked the realization of three important projects between Brno and Blansko: the modernization of the inter-station section of Brno – Maloměřice St. 6 – Adamov, the reconstruction of platforms in the railway station Adamov and the modernization of the inter-station section of Adamov – Blansko, BC. The last one is being carried out by the joint venture “Adabla” of construction companies with OHLA ŽS, a.s. as the leader. 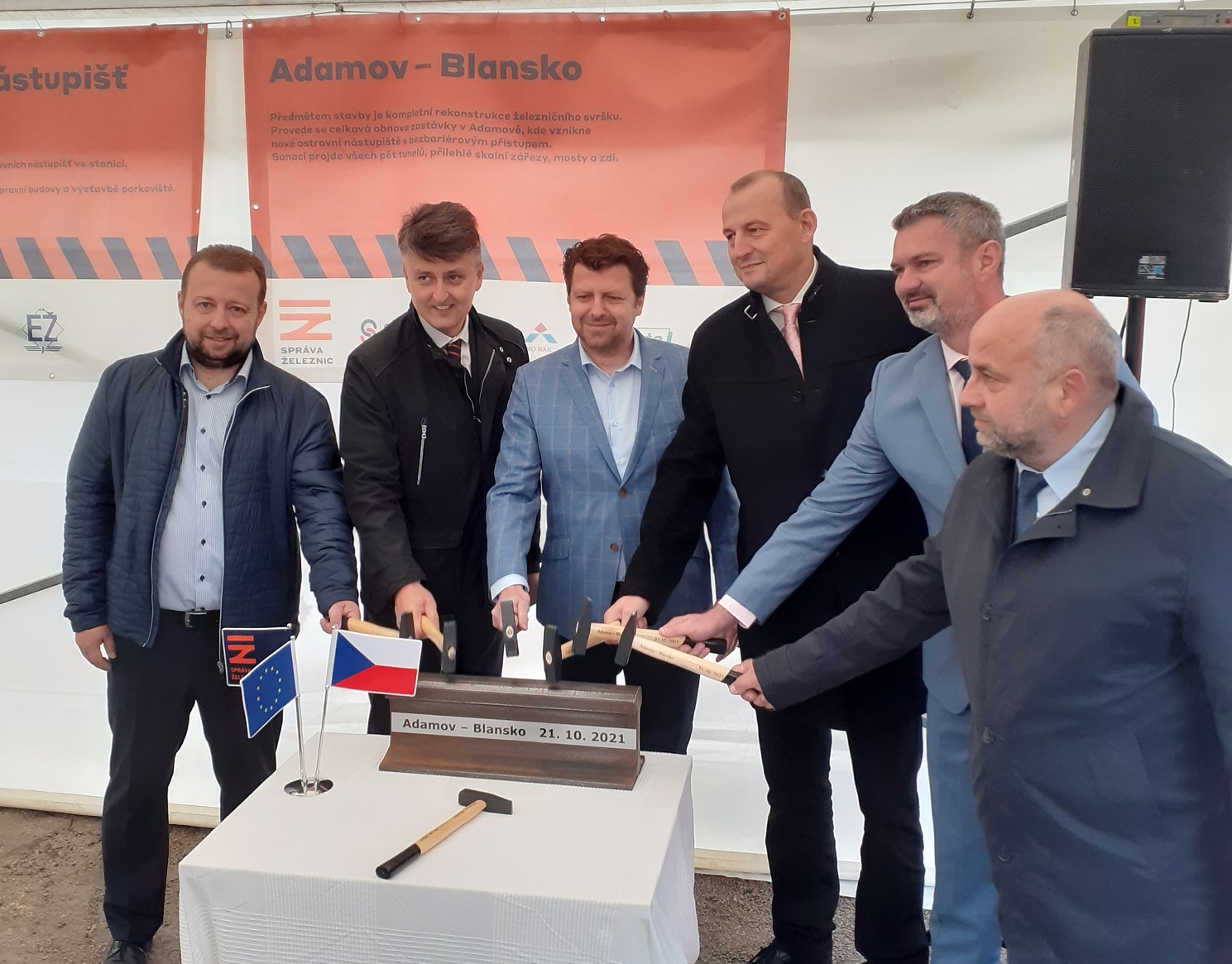 The aim of the construction is to eliminate speed drops, increase traffic safety, guarantee the necessary parameters for reliable transport, both passenger and freight, and build wheelchair accesses. In the entire section, a complete reconstruction of the railway superstructure and partly of the substructure will take place and five tunnels will be rehabilitated. For this reason, the operation of trains between Brno and Blansko will be completely stopped for a year from this mid-December.

The information, radio and camera systems will be reconstructed, and modifications to the signaling and control system as well as to the high-current technologies will be made. During the construction, numerous rocky slopes affecting the safety of railway traffic will be stabilized.

The result of all these measures will be a reduction in the travel time of regional, interstate and freight trains, and an improvement in the safety and the comfort of passengers that will meet 21st century standards. The project worth 2.62 billion crowns is financed from an EIB loan under the CEF Blending instrument and is expected to be completed in early 2023.